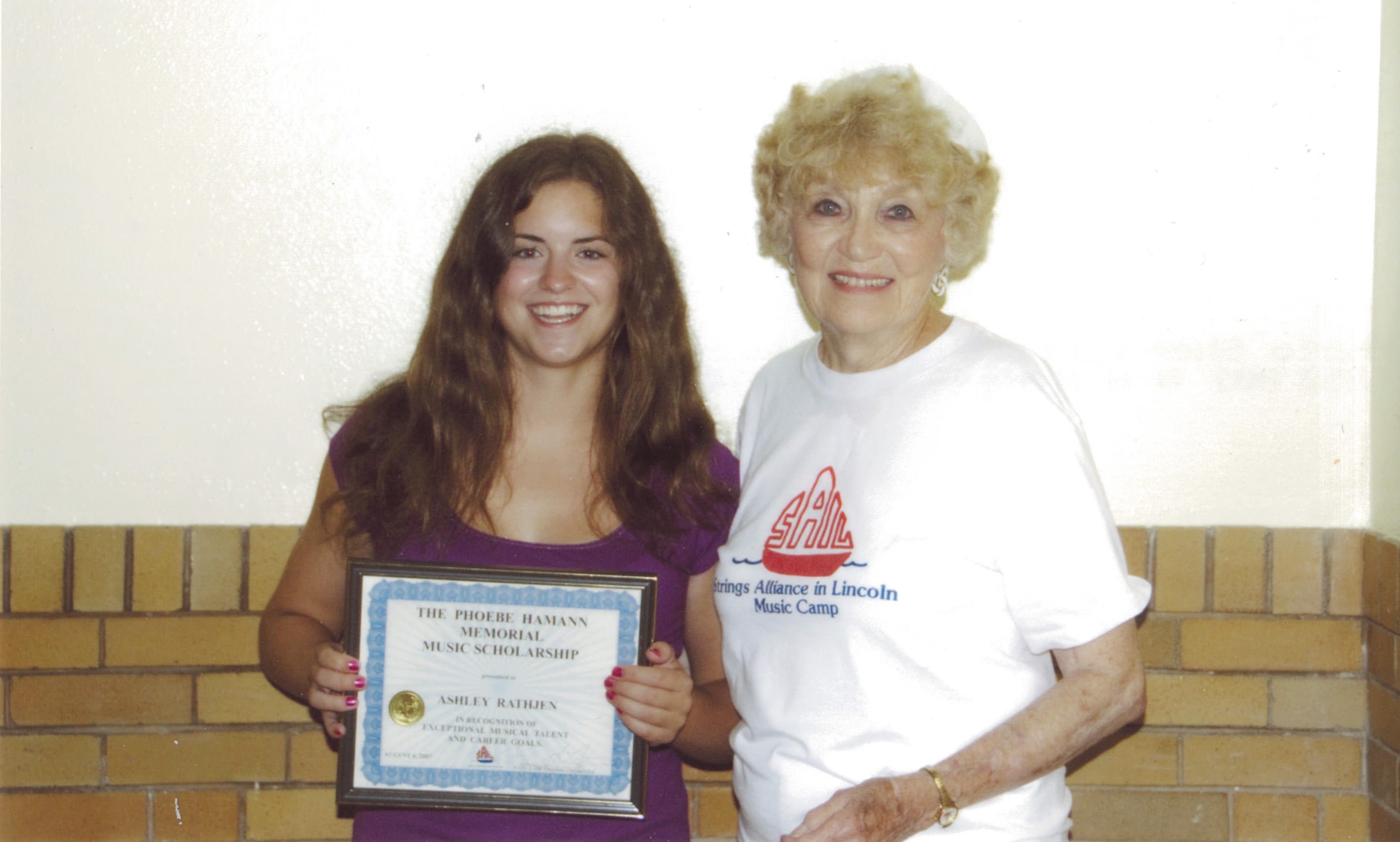 The 2019 Phoebe Hamann Music Scholarship was awarded to Olivia McBeth. Olivia has played violin for 10 years. She also plays oboe and saxophone (and piano, guitar, English horn) and was varsity drum major last year at Lincoln Southwest High School. She’s been recognized as an outstanding chamber musician and has performed with the All-State Orchestra and various Honor ensembles throughout Southeast Nebraska. Livy is currently a music education major at Doane University.

The 2019 Charles Hamann Scholarship was awarded to Jarod Wenger. Jarod has played trumpet for 8 years and is a graduate of Lincoln North Star High School. In addition to his high school music program, Jarod participated in UNL Trumpet Day, area Honor Bands, and the Masonic All-Star Marching Band. He was a member of the Tri-M Music Honor Society, a program of the National Association for Music Education. Jarod plans to study music education at Doane University in Crete.

The VELA Scholarship, offered by The Violin Shop, was awarded to Danielle Bare.

Danielle is a graduate of Lincoln Southeast High School. Her primary instrument is viola, but she also plays violin and cello and has enjoyed playing in the pit orchestra for school musicals. She is a former member of JYO and LYS and performed with the All State Orchestra. She won awards for her work as a chamber musician. Danielle played with the LSE Strings Quintet and arranged music for the group to perform.

Danielle plans to attend UNL, majoring in viola performance with an emphasis in music composition.

From time to time, our Scholarship Committee chooses to award additional scholarships, often given in honor of SAIL Camp Board Members or SAIL Camp anniversary years.