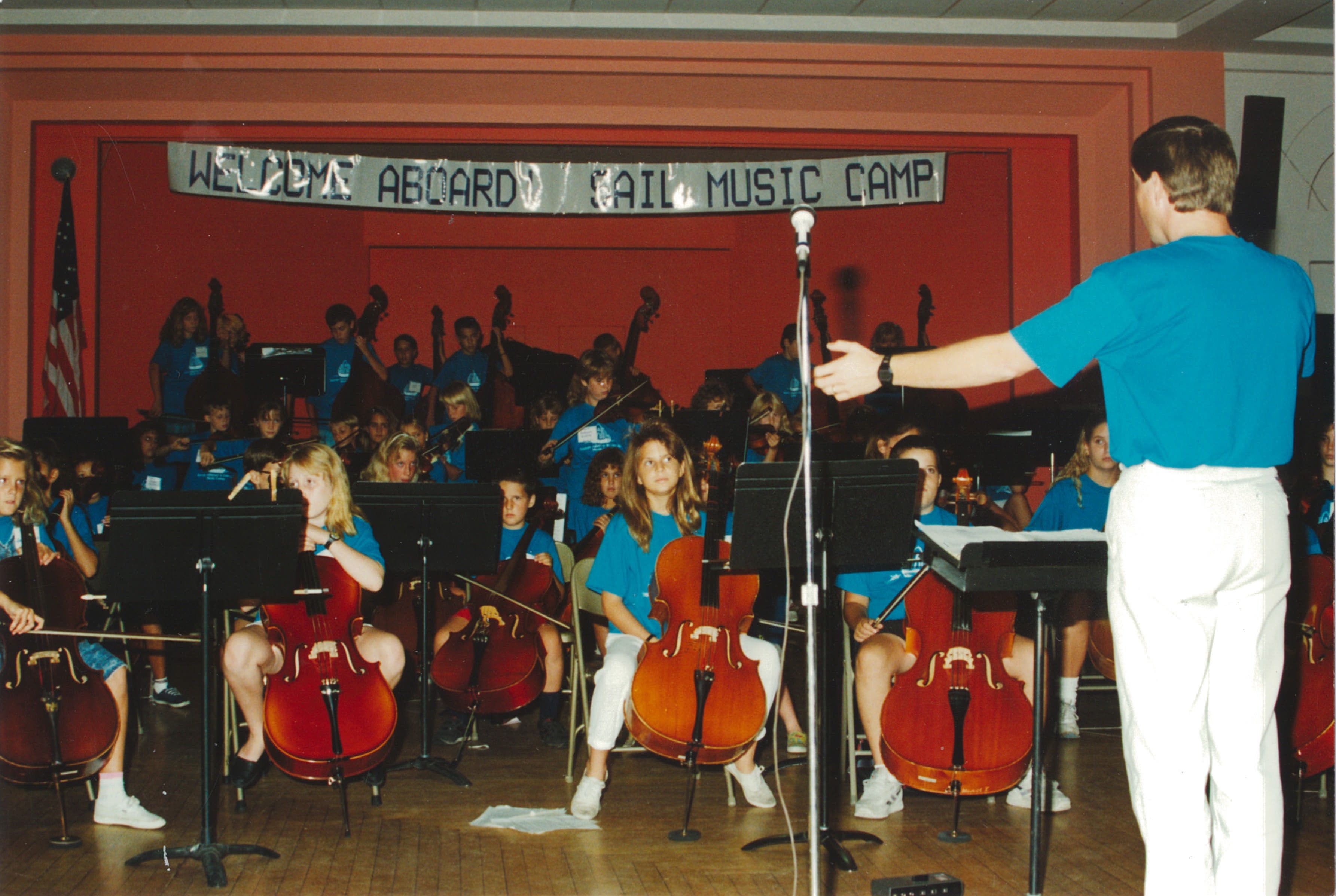 SAIL (Strings Alliance in Lincoln) Music Camp began in 1985 and was the brainchild of Phoebe Hamann. The first exploratory meeting, held in March 1985, was attended by representatives of the PTA, Lincoln Public Schools, the Lincoln Alumnae/Patronness chapter of Sigma Alpha Iota Music Fraternity (SAI), and various community members.

Camp opened in August of that year on a shoe-string budget. Thirty five students attended the inaugural camp at Auld Pavilion at Antelope Park. Lincoln Public Schools provided instruments to use at no charge.

In accordance with the name, the camp had a nautical theme. Staff and teachers wore SAILor hats. The clanging of a ship's bell announced the changing of classes and the beginning and end of each camp day. Young musicians were grouped into "fish schools" according to instrument and ability levels. Students learned easy-to-play songs with a nautical theme arranged specifically for the camp. Many students had never played their instruments before the beginning of SAIL Camp.

The ambition, dedication, and donation of time, talent, and supplies by Phoebe Hamann and her Sigma Alpha Iota sisters were important elements in the establishment and continued success of SAIL Camp.

SAIL Camp has now grown to include north and south Lincoln sites with morning and afternoon sessions. There is also an orchestral ensemble session for more advanced musicians in grades 6-8. Starting in 2020, a new advanced orchestra will be offered for students in grades 9-12. Over the past thirty years, the camp's enrollment has grown to 375 students.

The Admiral, Captain, dedicated staff of string teachers and professionals, and volunteers of Sigma Alpha Iota continue the work that was so lovingly envisioned and started by camp founder Phoebe Hamann and her SAI sisters.

SAIL Camp was recognized for 25 years of service by the Lincoln Public Schools Board of Education in 2009.